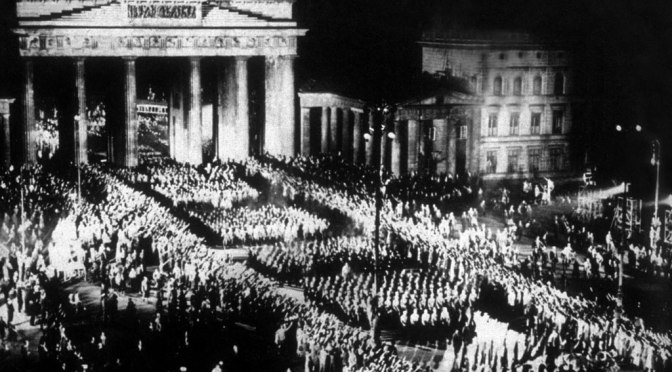 In the track of great armies there must follow lean years

I chewed all my dreams
In the fragile bowls
Of our independences,
Charles Ngande

Freya Von Moltke ador’d her husband
As Germany his famous ancestor,
A soul conceptually enlighten’d,
Quite unlike this fright’ning man before her;
Wild animals
Surround him in a pack,
As cinematix swells, breath burns into her back.

Beside a sibbilantine blaze
Stood the district magistrate,
Helmuth onlisten’d with amaze
“Leave the Nazis to their fate
Let inefficience stem their craze,”
Splurts Helmuth, “they’ll create
Dystopian catastrophes of doom!”
In burst his wife, like panic, to the room.

“I saw him in the cinema,”
“Saw whom?” “Herr Hitler!” “Him!”
“Our eyes did spar, his dreadful tar
Did coat unquiet, grim,
Dim orbs as dull as stormclouds after sunset on the rim.”

The old ones in the Reichstag share their fears,
Kabbalic nest of arch-intiguerie,
The Nazis know their day of glory nears,
But not quite yet, no clear majority;
Arms magnate meet,
“That man most warlike seems…”
“Aye, let us fund his feet, & permeate his dreams.”

Charming all the right-wing parties,
‘The front of the Harzburger,’
Plus money from the industries
& Mussolini’s lira,
All of Germany criss-crosses,
Rallying each burgher,
On every side the SA’s numbers swell,
‘Tis better than the jobless carousel.

Soon into power Hitler sworn,
His cause célèbre  won,
Tho’ wintry morn chills to the bone,
He seems a shining sun,
Some prophet like Ezekiel, God with a gatling gun.

The zealot’s flame deep in the hot brown eyes
That glowed with strange and holy whisperings,
And searched the stars, and caught angelic wings
Alan Sullivan

Hitler breakfasts by the Wilhemstrasse,
Watching the wheels of his private army,
For who possesses Berlin control Prussia,
& those controlling Prussia, Germany!
Beside the flag,
Luddendorf whispers, “This
Accursed man must drag us all down the abyss!“

Men drank until the sunset made
A berth for the Evening Star,
Forming a happy cavalcade
Beneath Brandenburger bar,
As if with Bismark to parade
The Kaiser’s spoils of war;
Into the city, under the lime trees,
Ribbons of torchflame flicker’d in the breeze.

At noon in the desert a panting lizard
waited for history, its elbows tense,
watching the curve of a particular road
William Stafford

Manchuria the first to feel the force
Of this new spirit, as the Samurai
& all its essence saddles up its horse,
Incendiaries shedding on Shanghai;
As to the Wall
Built by the mighty Ming,
The hordes of Nippon roll deadly & deafening!

Their bespectacl’d Yosuke
Takes the Trans-Siberian
Thro’ Moscow’s hospitality
To the shores of Lake Lucerne,
Hectoring the grand assembly,
“Who dares cast the first stone?
To civilise China our troops have died,
But are condemn’d as Christ was crucified!”

Above the ostracizing vote
Yosuke, quite refin’d,
Has donn’d his coat, has clear’d his throat,
“We terminate the bind,”
Scrunches up that piece of paper, leaves the stunn’d old League behind.

At the heart of European Jewry,
Fair city of the Rotheschilde’s high finance,
Miff’d Moses Grunfeld dismiss’d from duty,
His former friends purpling with arrogance;
A hiss, a jeer,
“Go scum, go spread the news,
Your kind will not work here, you & your filthy Jews.”

He walk’d (they forced him from the tram)
Into the Jewish boycott,
His heckles up, hands all a-clam,
Some cassirean gauntlet,
Trying to purchase bread & jam
Abuse was all he got;
Up oer orizon swept a storm of tears,
He went to sit with father & his fears.

Gone mournful thro’ the cemet’ry
Between the Jewish graves,
On bended knee, in misery,
Tears streaming down in waves,
His parents’ tomb some spiteful, scarlet hakenkreuz enslaves.

with apologies for the inconvenience,
they carefully wrapped barbed wire
round the wrists of the political prisoners
Frank Chipasula

On the dreaded Sturmabteilung men point
Black pistols to their brains, the triggers pull
& spray their brains out wallwards to anoint
The National Revolution from the skull;
That list of doom
Was tick’d off name-by-name,
For these there was no room in Hitler’s grander game,

Where stands he all supreme, the lone
Arbitist of Germany,
Commanding legions from his throne
With a frantic fealty,
Right arms rais’d high they’ll set in stone
Most precious loyalty –
“We swear obedience by holy God,”
Der Fuhrer took each promise nod-by-nod

While wife & daughter wail & gnash,
His sons weep & thrash in vain,
All toss’d aside like filthy trash,
‘Brethren’ burning long-grown grain…
By slaughter’d cow, like human rash
They stagger’d thro Ukraine
To this city of cold, modern concrete,
Where hunch’d, hungry man-shadows stalk the street.

While pondering in pity’s square
Her kids beg with a song,
Old merchant’s stare soothes their despair,
“Your boys look fit & strong –
Come work for me!” her family timidly tag along.

It grieves me that thy mild and gentle mind
Those ample virtues which it did inherit,
Has lost. Once thou didst loathe the multitude
Guido Cavalcanti

Heavenly Vale of Operatic Hearts,
Hemm’d in by behemoths huge, hewn from stone,
Those cool, majestic mountains of the Harz,
Witness a soldier of the Aesir born;
An eagle flings
His wings to airy dawn,
As ev’ry treetop sings for chandelier’d dawn.

On receiving the Reich leader
He dismiss’d der Fuhrergaurd,
Offers men of the Third Jager,
Lords of La Haye Saint’s courtyard,
“I have made my men a soldier
Enough to hold Asgard!”
Appeal made to militarizing creed,
Not hopeful gesture… but resolute deed.

Awe trembles as his soul’s captain
The Honour Guard inspects,
Hitler has won his devotion,
Aft’ solemn oath extracts,
His ear is pinch’d & in that instant Rommel’s all accepts.

He sins and drinks and gambles
and in a backwards twist of luck
she suffers, fights, and prays
Adela Zamudio

As shadows of Mount Antoto
Drew long over Ababba,
A last, hot flash of bullets flow
From their fearless Emporer,
Chok’d on the hopeless word to go…
Then hail the conqueror,
When Mussolini’s legions, triumphant,
Banish the anguish of late Rome’s lament. 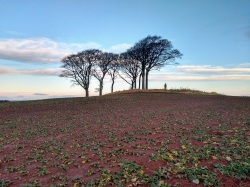 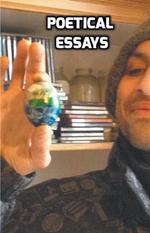 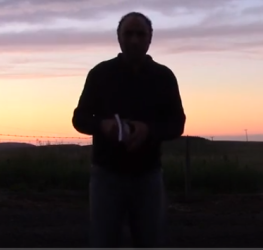 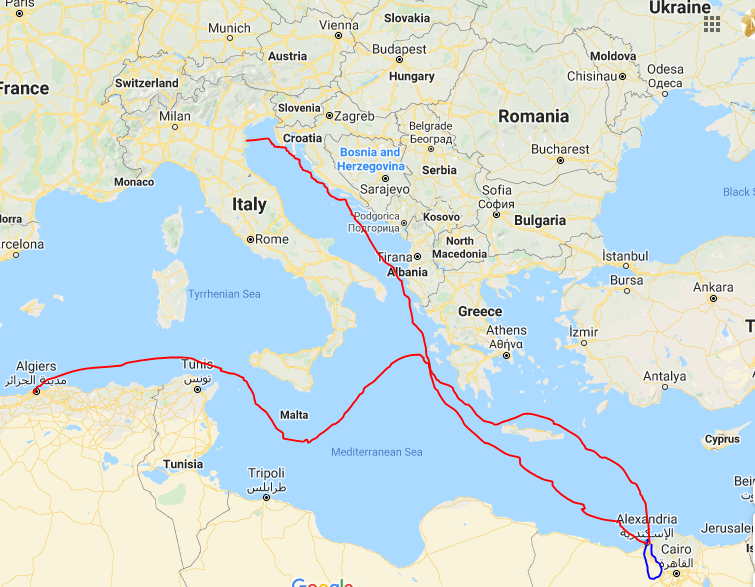 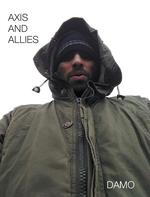 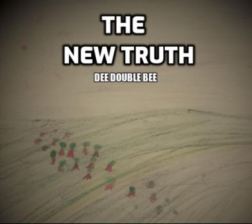 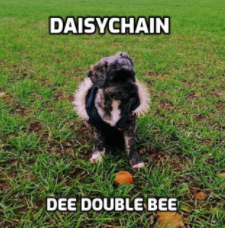 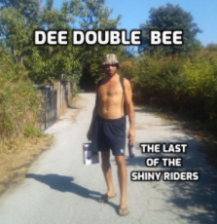 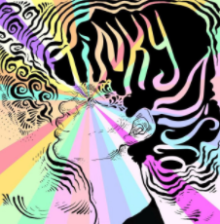 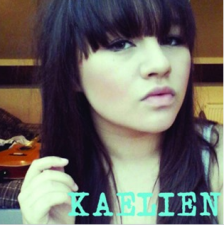 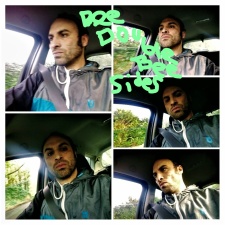 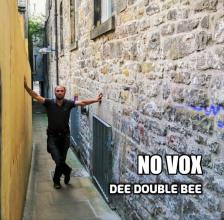